Body parts that could belong to passengers killed in one or other of two Air India plane crashes that took place more than 50 years ago have been found in the French Alps.

Daniel Roche, who has spent years combing the Bossons Glacier on Mont Blanc looking for remains, made the discovery on Thursday.

He said he had ‘never found any significant human remains before’ but this time he had found a hand and the upper part of a leg. 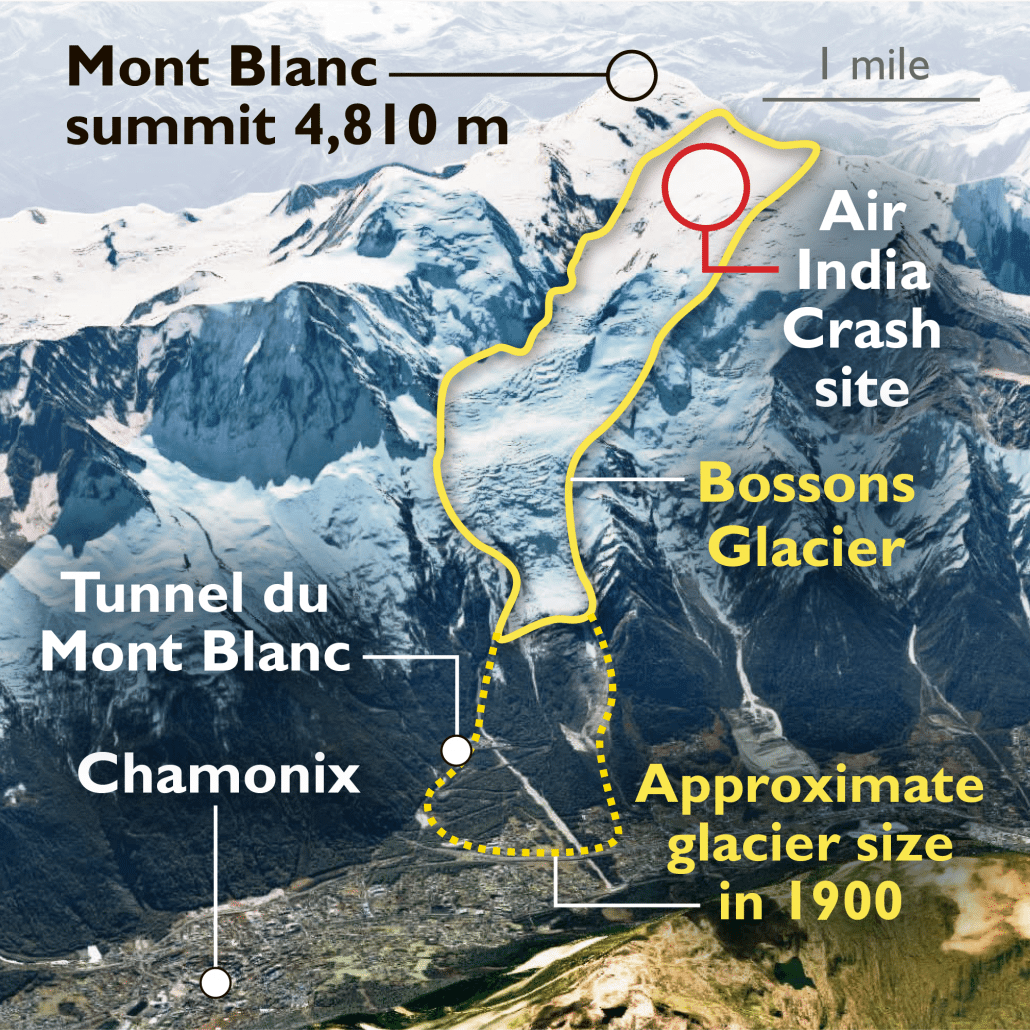 Two major accidents have taken place at the site with more than 150 people killed in total.In January 1966, an Air India Boeing 707 from Bombay to New York crashed near Mont Blanc’s summit, killing all 117 people on board. Another Air India flight crashed on the mountain in 1950, killing 48 people.

Mr Roche said the remains he had found could be of a female passenger from the 1966 Boeing 707 flight, as he also discovered one of the plane’s four jet engines.He contacted local emergency services in the Chamonix valley who took the remains down the mountain by helicopter.They are now due to be examined by experts.’These remains are probably not from the same person,’ said Stephane Bozon of the local gendarmerie. ‘They are probably from passengers, but between the two aircrafts, it’s difficult to say’.

Just 10 days ago, two bodies were found lying near each other, preserved in a receding glacier in the Diablerets massif in the Swiss Alps.A DNA search identified them as shoemake Marcelin Dumoulin, 40, and his wife Francine, a schoolteacher aged 37, who had disappeared in the Alps 75 years before.