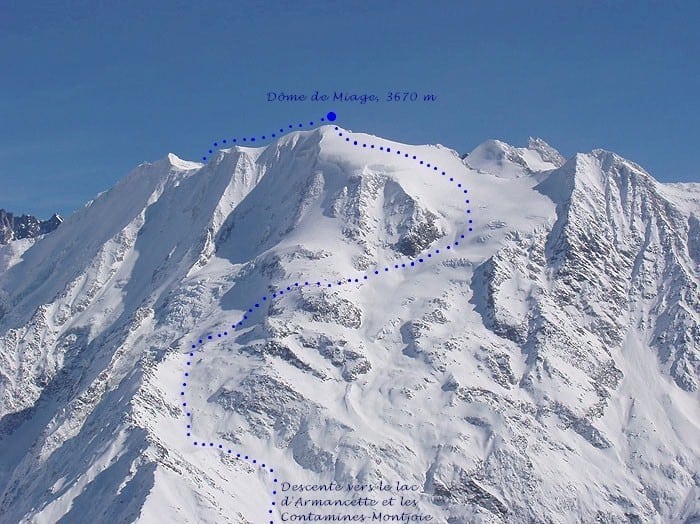 3 climbers without a guide lost their lives yesterday on the Dômes de Miage;

Reports coming in are saying that one of the alpinists fell on the decent of the Dômes de Miage, resulting in all 3 climbers being pulled off the mountain into a crevasse.

The accident happened at around 10hr30 yesterday, it was a difficult and long process to recover their bodies.

The men are of French nationality aged 49, 55 and 56 years old.  All of them originally from metropolitan France, they were currently living in the Reunion Island and were on holiday in the Mont Blanc Massif.

“They left at about 4 am from the Conscrits hut, it was on the descent where the accident happened.  A mountaineer fell off the ridge towards the Bérangère pass on the Armancette glacier ” Lieutenant-Colonel Stéphane Bozon, commander of the PGHM Chamonix.